SQUARE ENIX’s The World Ends with You  was developed by the same creative minds
behind the world-famous FINAL FANTASY and KINGDOM HEARTS.

When the game first released on the Nintendo DS in 2007,
it received high praise as well as numerous award nominations.
It has since been rereleased on iOS, Android, and the Nintendo Switch,
and it continues to attract new fans to this day.

And next year, in 2021, the game that captivated players
around the world is returning in an all-new anime!
Tetsuya Nomura, Takeharu Ishimoto, and other members of the original team
have rejoined forces to bring the compelling story to life once more. 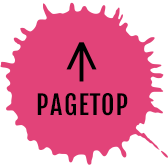